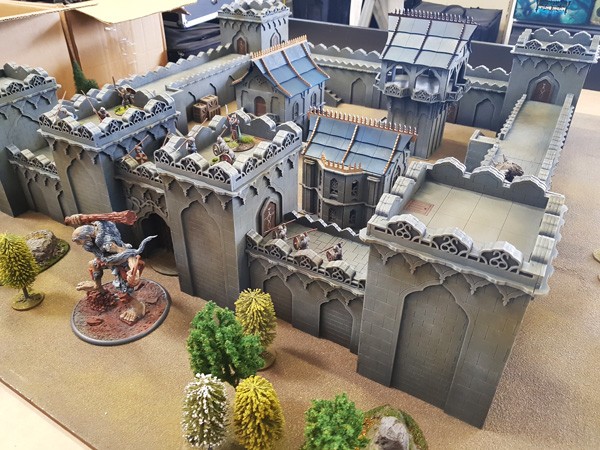 We’ve been working on a set of City Walls for the Curse of Osteria range over the last few months … probably a lot longer than a few months!  Scott has been plugging away at the various kits in between other projects so it’s taken some time to get everything finished and into production.

I think they look AWESOME! 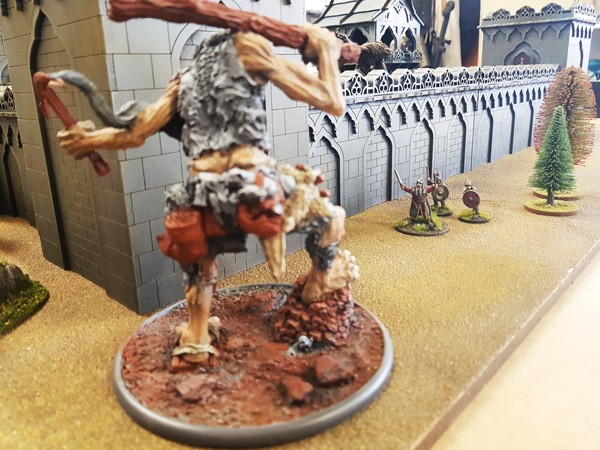 Manufactured out of predominantly 3mm components these kits have a proper ‘heft’ to them, and you can see that in the width of the crenelations … they look like they could withstand some punishment!

The range consists of:

We’d certainly like to add more pieces to this range such as 90 and 45 degree corners, additional towers etc. 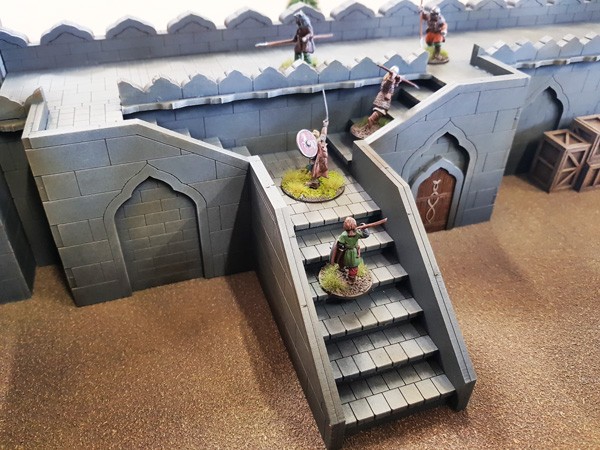 The Gatehouse has working doors and removable portcullis and yes, whilst technically there is nowhere above the portcullis to draw up into I think it ‘looks’ just fine … and that really is what matters.  It’s an imposing piece with 1.8mm detailing on the outside of the Gatehouse to help blend it into the other Na’Sain buildings, all of which are covered with snake motifs. 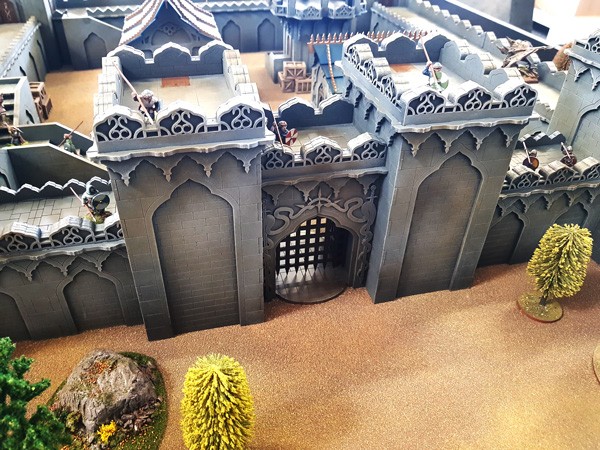 A separate door pack is also available which allows you to place doors anywhere on the model, we simply suggest using blu-tac (or something similar) to temporarily fix the doors in the positions you need.  We did discuss having the doors built in to the various pieces in this range but it made a lot more sense to sell them separately so you can place them where you like, this also reduced some of the complexity of the towers allowing you to use them in any orientation.

We’re looking forward to adding more pieces to this range … if you’ve got suggestions we’d love to hear them!

Viv ChandraI've been a wargamer since my mid-teens, it's been a passion of mine since I played my first game of Warhammer Fantasy in 1994. Knights of Dice is the culmination of many years of scratch building terrain and a natural extension of the part of the hobby I love more than anything ... creating the little worlds in which we play!
Posted in:
Latest News
Leave a Reply Cancel reply