G’day everyone, Viv here.  I hope you’re all keeping well.

​I’ve been a tabletop miniature gamer since my mid teens, more than 20 years ago.  Over the years it’s been an on-again-off-again affair, but I’ve always considered it one of my hobbies.

​In 2009 I started creating and posting videos on YouTube as a way of sharing my passion for creating scenery and terrain.  That, more than any other part of the hobby has been my interest … creating the little worlds in which my toy soldiers would do battle against each other.

​Over the years I grew that channel and whilst it’s relatively inactive these days, has gained a following of over 15k subscribers.  Creating videos very much became an extension of my hobby and it’s something I still love to this day.

​After sharing hundreds of videos and interacting with people from all over the world I discovered a new passion … sharing what I loved.  Being strongly business minded I saw a natural progression from not just sharing my love of the hobby online, but to being able to share that with people close to home.  I opened a retail store called Battle Bunker.

​I founded Knights of Dice a few years later after I closed my retail shop and began doing commission terrain work around my day job as a software developer.  Making scenery has always been my passion and I couldn’t resist the urge to find a way back to making it my full time job.

​What you see here now on the Knights of Dice website is the result of thousands of hours of effort, tears, toil and joy.  I’m fortunate to have built a team of dedicated professionals, each of whom loves what they do and does it very well.

​I’m excited everyday about what the future holds, and a day never goes by when I don’t dream of bigger things.  Thank you for your support and your constant messages of encouragement, I’ve met people all over the world who know me and I’m humbled that I’ve been able to share my passion with so many of you! 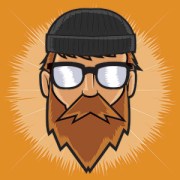 Hey everyone, I’m Scott and I’m an indoor kid!

I’ve always been an indoor kid. While my brother was out fanging around on his bike, I was inside, pencil in hand, sketching furiously on sheet of paper after sheet of paper. I was always drawing or making something. This is still keeping me indoors, by the way. If I am not making something, drawing, painting, music etc, I feel incredibly restless!

I was introduced to the fine indoor hobby of wargaming the way most people are: being handed a copy of White Dwarf. I was about 16 and what caught my eye the most was the scenery. I loved scratch building models, and it was always my favourite part of the hobby. Painting is a fine way to pass the time but creating little worlds from nothing, that’s what really held my attention. The creative aspects of the hobby have always interested my much much more than the gaming side.

The scenery side of the hobby is also how I met Viv. After finding his YouTube channel and subsequently finding out he had opened a store around the corner from my house! With our shared interest in scratch building quality scenery we hit it off and soon enough I was working at the store, which was a great excuse to create elaborate tables packed with detail. The store ended and I used this opportunity to take time to finish my degree I had abandoned long before. I spent a few years freelancing mostly illustration and graphic design jobs while self publishing comics, then Viv bought a laser cutter. Things have snowballed from there!

My design approach with Knights of Dice is all about detail and character. The ideal gaming table to me should be immersive and atmospheric, it should give a sense of story wile also offering interesting game play opportunities. Hard to achieve with some tissue boxes and few pringles cans! The laser allows me to get the kind of detail and precision that was time consuming and difficult to scratch build, allowing me to pack the kits with character. Basically I am making the kits I would want to see!

Creating little worlds for a living is a dream and the best part of the job: conveniently located indoors! 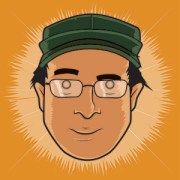 Like my elder brother, Viv, I have been into tabletop gaming for over twenty years. Unlike my brother, I haven’t taken a voluntary break from gaming, modelling and painting. Ironically I was introduced to the world of toy soldiers, dice rolling and rulebooks by a friend and not Viv, despite the fact that both Viv and me lived in the same house.

When Viv had opened the Battle Bunker, I was there pretty much every day from day one all the way to the very end. Back then I didn’t work for Viv for personal reasons, but I did support him as much as I could. A couple of months after Viv and Scott began producing kits at Knights of Dice, I joined the team as the wrangler for our beastly machines.

Because I’m artist by heart I find more joy in the creative side of the hobby as opposed to gaming. That’s not to say that I don’t play games, I just like converting and painting miniatures more than playing with them. Viv and Scott have an amazing talent for making scenery, a talent that I lack. However, even though I’m not technically-minded or skilled in making scenery I am content in converting, scratch-building, sculpting and painting armies of toy soldiers.

Dungeon Corridors
Shop Now
Event Support
Need support for your event or tournament?
Enquire
Custom Foam?
Any size, any shape, any bag, box or container!
Make Your Own
Previous
Next
Sections
Recent Posts